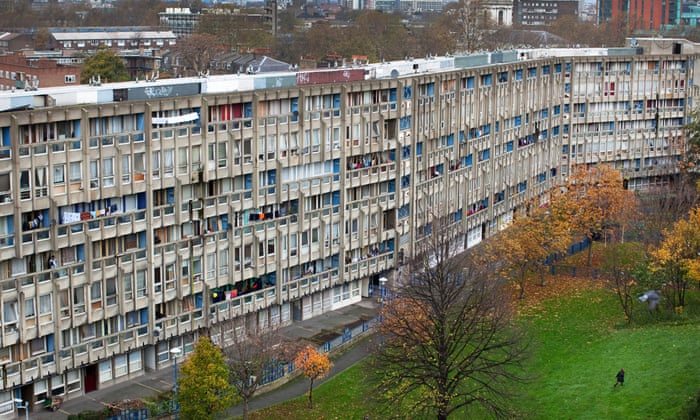 In the sixties, London was swinging and Harold Wilson had promised a new Britain forged in the ‘white heat’ of a technological revolution.  That may have been hype but something of it resonates when you look at Camden’s Alexandra and Ainsworth Estate – Alexandra Road or even Rowley Way to its friends.  There was hope in the air and Camden was well placed to capture it.

The Metropolitan Borough of Camden was formed in 1964 and comprised the former boroughs of Hampstead, Holborn and St Pancras – respectively intellectual, wealthy and radical. It was also the third richest borough in London in terms of rateable value.(1)  Add the politics of a young  and ambitious Labour council, for whom ‘the main aim was more housing – beginning and end’ and conscious of its flagship role, and that made for some of the most exciting council housing of modern times.(2)

We have started a new project at CaCHE on housing supply and its discontents in the UK:

Perhaps one of the biggest political and societal challenges of our time is housing supply. Even the UK Government thinks the housing market is broken and our biggest housebuilders say they alone won’t be able to deliver the number of homes necessary to meet policy ambitions. In England, the growing lag between planning approvals and housing completions is given as one explanation for the sluggish speed of housing delivery and is of increasing political and popular interest. Yet, build out rates form only one part of a much more complex set of processes that determine the speed and mode of speculative housing delivery. How housebuilders interact with land markets, make product selection choices and manage construction programmes are also likely to influence supply outcomes. …

It is for these reasons that we have chosen to focus our exemplar project on a systematic review of existing evidence around how the speculative housing supply system currently works and consider the limitations to its current operation. In doing so, we will be able to evaluate whether, and to what extent, the speculative housebuilding industry is able to address new demands in the supply side of the housing market and reflect on how policy solutions brought forward to address housing supply problems have been effective or otherwise. (CaCHE)

To read the details of the project, click here.

UK housing crisis is not news for many living in the UK and also for many working on housing. It is mostly discussed as a problem of deficiency of the quantity of housing: There is not enough number of houses, soo let’s build more and more. However, it is not just quantity, but the quality of housing, especially newly built ones are crumbling as well. 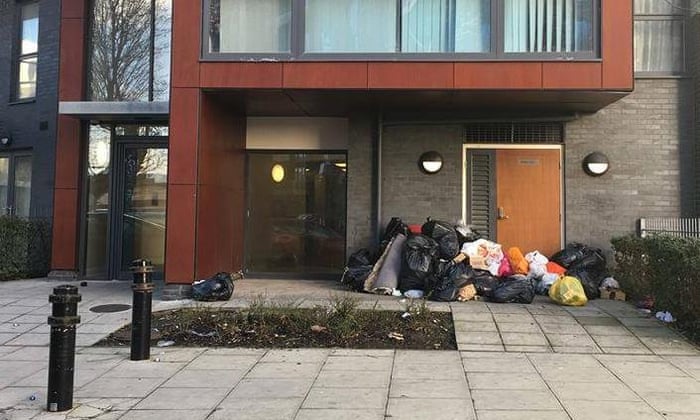 According to Guardian investigation, people living in housing projects built by Catalyst, Sanctuary, Notting Hill Housing, Wandle, and the One Housing Group raised that major maintenance issues are not tackled such as damp,  rat infestation, the lifts left broken for a week or so, security failures, and no hot water.

The situation getting worse when hearing more stories from people living in houses built and run by housing associations:

“When we moved in, we turned on the taps in the kitchen sink and water flooded everywhere, including into the flat below us. And the boiler went almost immediately. We’d be without hot water for two, three weeks at a time. At one point, three flats would give each other their kettles so we could run ourselves a bath.” (Guardian)

Orchard Village has been the focus of hundreds of complaints from its residents. These include extensive leaks, damp and mould, staircases that have come away from walls, broken heating systems, inadequate fire-proofing and absent insulation. People are also concerned about alleged high levels of methane and hydrogen sulphide, which some claim may have had a direct impact on their health. (Harris)

Residents have a dossier of problems drawn from more than 50 homes: “holes in roof of landings”, “mould in bedroom”, “balcony door broken”, “cold house”, “lawn dying after no drainage installed”, “no fire break in between properties”. Some annual heating and hot water bills are said to be three times more than people were led to expect. There are also endless claims about treatment of residents by Circle and its contractors: “Waited three years for repair of stairs”; “staff ignore telephone conversations”; “no response to complaints”. (Guardian)

The problems have roots in the public-private characteristics of housing associations which are promoted as a ‘third-way’ solution. The associations are supported by public money, however, act as private developers. Kind of best of both, aren’t they? Well, the result is low quality and unhealthy buildings, nearly non-maintenance, and angry residents.

Note: Guardian is still continuing the investigation on problems in the housing schemes developed by housing associations. If you experience one refer to the link. Residents on the Alexandra and Ainsworth Estate have made a documentary film exploring the ideas behind the design of their landmark estate and in the process interviewed neighbours, the architect who designed the estate and others. An intergenerational group of residents worked with arts and educational charity, digital:works, to decide on themes and questions to explore. Throughout the production the residents learnt practical film making skills, conducted interviews and operated the camera and sound.
Rowley Way speaks for itself. (rowleyway.org.uk)

FOURWALLS Project asked people to shoot their own short films about housing conditions and crisis in London.

FOURWALLS Short Film Project will showcase the reality of housing in London through the medium of ﬁlm. A jury of housing and ﬁlm industry experts, from architects to ﬁlmmakers, chaired by David Lammy MP, will shortlist the best short ﬁlms to premiere at the London Short Film Festival in January 2015. Fourwalls-London

Here are the finalists 🙂 My favourite is the last one 🙂 Enjoy!

In Ur Eye (by Ayo Akingbade)

At Their Mercy (by Tim Band)

The Girl Room (by Hanna Mansson)