Erickson’s design was regarded as innovative in several key aspects. Its mountain top location inspired Erickson to reject multi-story buildings, which he felt would look presumptuous. Instead, Erickson turned for inspiration to the acropolis in Athens and the hill towns of Italy, where the mountain was incorporated into the design itself. This concept is evident in many aspects of the university’s design. For example, the manner in which the buildings are terraced to remain in harmony with the contours of the landscape and the emphasis upon the horizontal rather than the vertical expansion of the buildings themselves.

Another innovative aspect of the design was its rejection of the traditional separation of faculties and departments into individual buildings. In emphasizing the universality of the university rather than the specialization of knowledge, Erickson wanted to facilitate interdisciplinary work and a closer relationship between faculty and students. To this end, the design incorporated buildings which would house several departments as well as classroom space. This measure satisfied the practical requirements of both students and faculty by reducing the travel time between classes, as well as fostering an intimate learning environment. (Simon Fraser University) 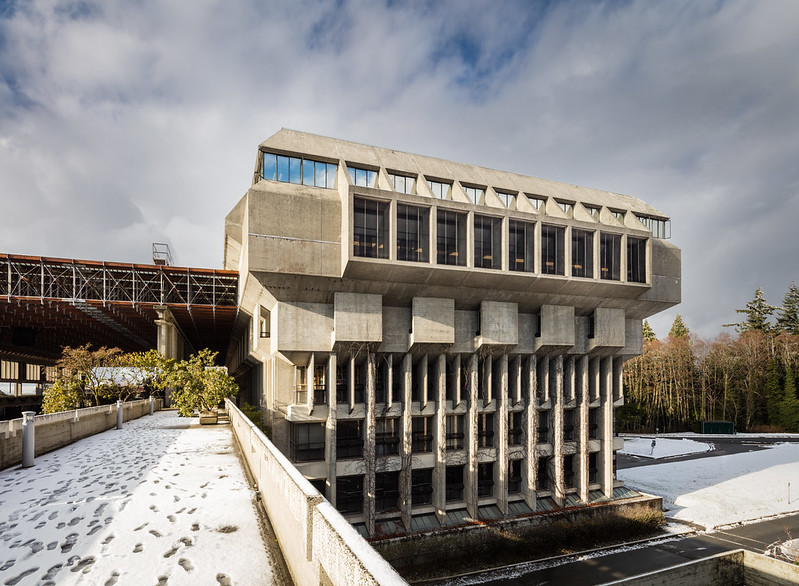 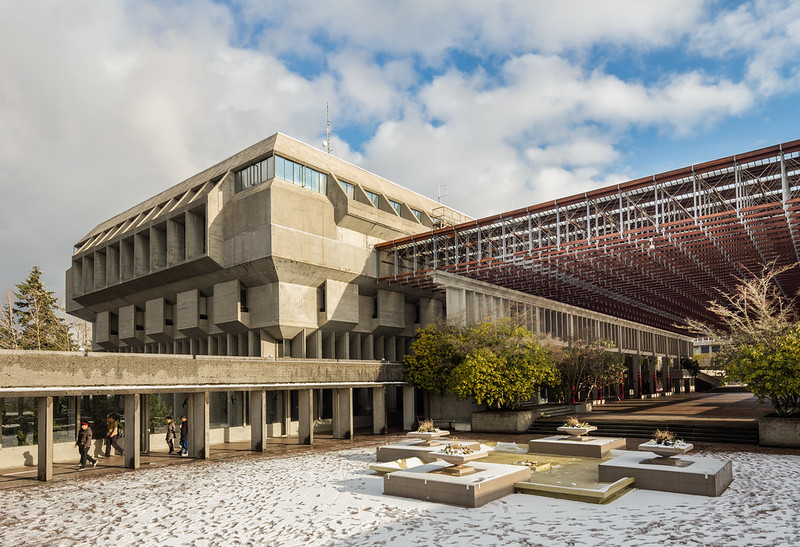 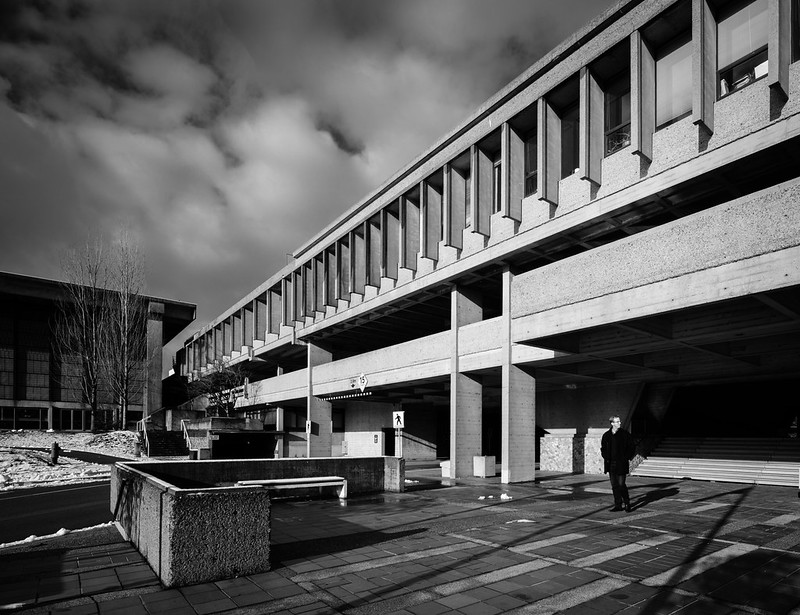